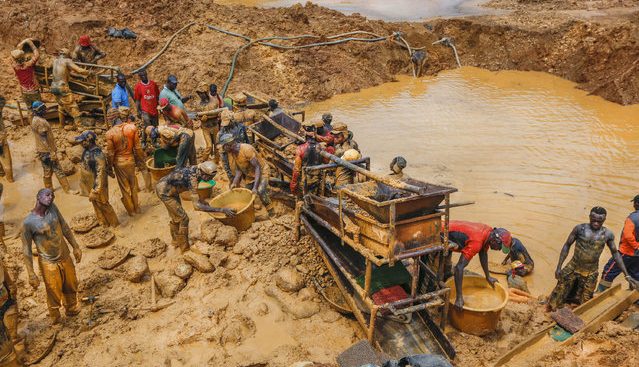 According to a memo seen by Great Dyke News 24, the initiative will see identified beneficiaries receiving basic extractive and crushing mining equipment and consumables.

“Notice is hereby given that The Zimbabwe Miners Federation (ZMF) is embarking on an artisanal and small -scale mining gold mineral production enhancement programme country-wide.

“The programme will assist in increasing gold deliveries to Fidelity Printers and Refiners (FPR).

Meanwhile, Zimbabwe’s gold deliveries dropped 16,8 percent in 2019 due to a number of reasons including smuggling of the mineral and subdued performance by big producers.

Preliminary figures from Fidelity Printers and Refiners — the country’s sole buyer of gold and silver, show that deliveries declined to 27,6 tonnes from 33,2 tonnes a year earlier, earning the country US$1,3 billion.

Once again, small scale miners produced the bulk of the metal, accounting for about 63 percent of output or 17,4 tonnes against big producers, which delivered 10,1 tonnes.

Zimbabwe earns much of its foreign currency from mining, with gold being one of the major contributors, but the sector is facing a myriad of challenges including power cuts, which have seen large scale producers struggling.