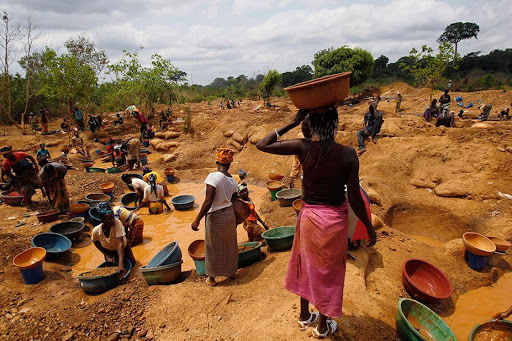 The black market gold buyers are in a catch 22 situation as Fidelity Printers and Refiners (FPR) is revising gold prices upwards in tandem with the world market.

This comes after FPR hiked the gold price from US $45 with the company’s General Manager Fradreck Kunaka saying the prices will be changing according to the world market on a daily basis.

Speaking to GreatDykeNews24, Zimbabwe Miners Federation Chairman Makumba Nyenje applauded the move by FRP saying the sector will now be able to attain its target by 2023.

“Im very confident that the nation will be attaining its target that by 2023 .We will be producing hundred tonnes of gold every year.

“Since prices were adjusted by Fidelity to match the world market rates you can tell most miners are very happy, most miners are now taking their gold to Fidelity Printers and Refiners. Actually the black market is suffocating.
“They are actually very much confused they dont know how best they can do to win back the market but its very unfortunate that the policy makers have seen it fit to effect the price in line with the world market trends,” he said.

He added that miners will now be able to procure their mining equipment as well as paying their employees in foreign currency.

“Fidelity should continue buying gold using the world market rate because it helps the miners to bring gold to Fidelity.

“The miners will also be able to buy consumables and all the necessary equipment.

He added that ,”Gold is now being bought by the country so l want to thank the policy makers for the perfect move they made of buying gold with good prices and paying 100%.

“We are very thankful as mining leadership. They listened to requests from our juniors and from miners. We want to thank them, we want to thank Fidelity printers for the gesture that they have made.”

Zimbabwe produces close to 100 tonnes of gold, but the bulk of that was being lost to the black market as small-scale miners, who are the main producers in the country, were shunning official channels.

For the past 3 years, from 2017 to 2019, the sector delivered more gold to Fidelity Printers than the Largescale.

Speaking to one of black Market Gold buyers from Kwekwe Fidelis Munyoro popularly known as Dr. Fidel , life has never been easy for them for the past week adding that they are now resorting to other businesses for survival.

“Life has been hard for us for the past week, before the announcement, miners could flood our base with gold and both registered and unregistered,we could buy more than kgs on a daily basis depending with our float.

“But now things are no longer the same most miners are shunning away except those who are unregistered , but honestly speaking things have changed and we hope that we will find a way out,” he said.